In all the years I’ve been going to Splore I assumed it was a made-up word.  Foolish me, of course it’s an obscure Scottish term from the 1700s, how could I not know that. Call myself a wordsmith.

Point being, over the years, made-up-word or not, the term Splore has become infused with such meaning of its own, that it’s now worth a thousand or so other words. Like ‘Mabo’, it’s about the vibe. 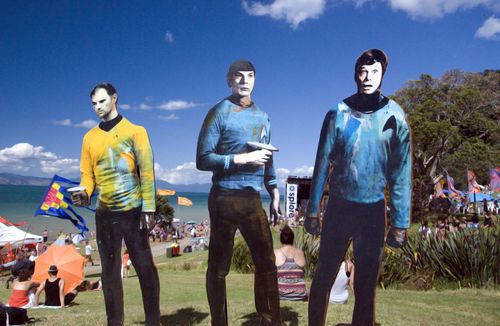 Unfortunately for some, the chilled-out vibe that Splore is supposed to ooze was somewhat hampered by massive queues to get in.  I’d had my own issues – about to leave home, discovered a flat tyre on the new family wagon, and no key to remove the special lock-nut that I’d never noticed was holding the wheel on before.  There were queues on the motorway at Manukau – it was Friday afternoon after all, and queues to search the cars when we turned up. Things were made easier for me, a combination of my media pass and a pregnant friend (not my partner, Harry was born a few months ago now, and Rebecca deemed it a bit too soon to brave a music festival – a wise decision in retrospect) meant we were ushered past lines and got a sweet parking spot, but I spoke to some who spent up to five hours getting in, parked, and to their campsite – before even beginning to pitch their tents. It meant some people missed the ‘main’ acts of Erykah Badu and Soul II Soul, the former being pretty much the main reason I made the trip. 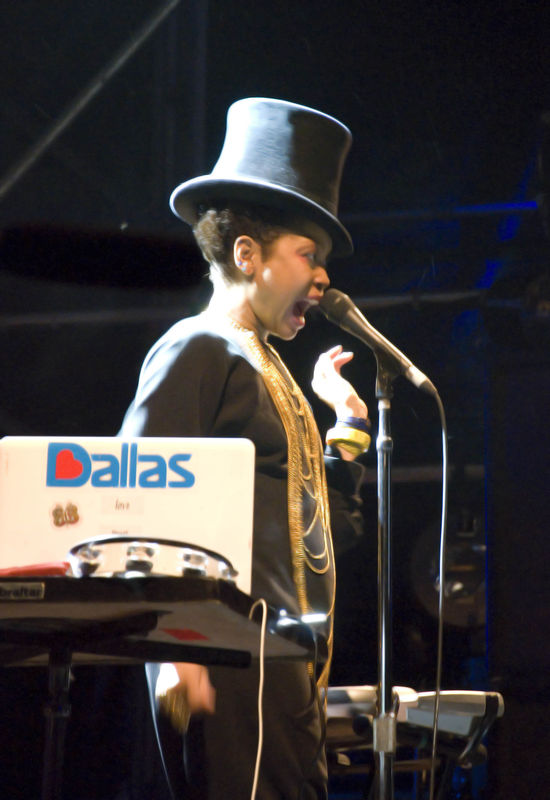 Not me though – I got there as the Yoots (a side project from Fat Freddy’s Drop’s Joe Lindsay, offering ska-esque covers of all your favourite Maori folk songs) were celebrating the sunshine – perfect musical programming, thanks Splore.  Lady Badu was well worth it too, even if she was about 45 minutes late getting to the stage.  I love festivals, the rumours that circulate – she’d been detained by customs; no, her plane had been caught in a hail storm and had to turn back  - turns out, according to Amanda from Splore anyhow, that she’s just a difficult artist to deal with, whatever it is that means. I heard (more rumours) she travels with an entourage of around 20, not including the band. Of course, a little more communication with the general public via the big stage would’ve helped alleviate rumours, and perhaps chucking a DJ or something on so those waiting could at least have a bit of a shimmy wouldn’t have hurt either.

After Erykah had sha-la-lahed her way into our hearts and souls, and began on an encore, the heavens opened up. It’d happened in town earlier that day, that brief but incredibly torrential rain that our sub-tropical city does so well. Outdoors at a place like Splore however, the effect is transformative – suddenly everything becomes churned mud, people are slipping, sliding, gripping, clinging, jandals are discarded.  Many chose simply to embrace mother nature, and dance in the rain. Along with a few hundred others I rushed to the Living Lounge and sheltered under a mostly waterproof marquee, watching a fairly bizarre cabaret act involving tightrope walking, sword swallowing and bong smoking/juggling. 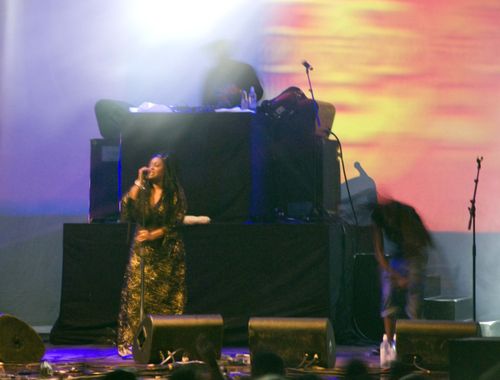 The rain eased, and back at the main stage, Soul II Soul came on, those instantly memorable drum loops transporting the crowd straight back to 1989. Caron Wheeler was epic. I didn’t notice, but Russell told me he thought the MC was a bit average.

I wandered up to the DJ area and caught Nick Dwyer and Dick Johnson’s first outing of a new collaborative act which said it would take us “around the world”. It was a promising debut, with artists out front playing steel drums, African drums, congos etc. My only constructive criticism would be that behind those instruments, the near-constant four-on-the-floor beat didn’t help with the promise of global transportation. 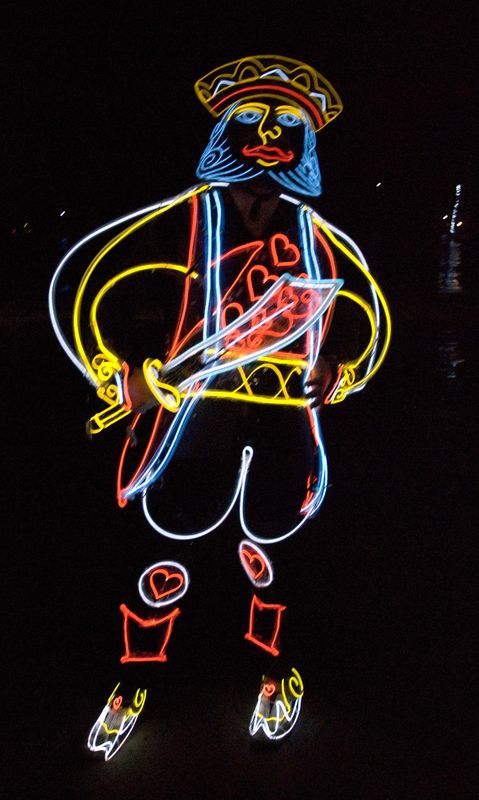 Much of the rest is blurry. Tiki Taane singing an acoustic rendition of “Use Somebody” by the Kings of Leon as I traipsed down the beach towards one of the installations. Another festival rumour had it that he abused the crowd. If he did, I missed it. Two friends trying to have shouty-deep-and-meaningful conversations in my ears from either side at the same time, while I was trying to dance to JStar.

Then there’s the trouble with sleeping. Even if you haven’t somehow done something to make that less likely, even just too many vodka redbulls, there’s a problem. A tent is like tissue paper. The people who think it’s great to have a campsite party at 6am and sing “A horse with no name” repetitively might as well be in your room. Don’t they know that the proper time to stop being loud and annoying sleeping campers is 5.45am, when I left my friends’ campsite party? How rude. As soon as they stop, there’s a guy snoring loudly, might as well be sharing a pillow with you. Tune him out, here come the first people getting up for the day, discussing shower plans. Might as well get up myself. 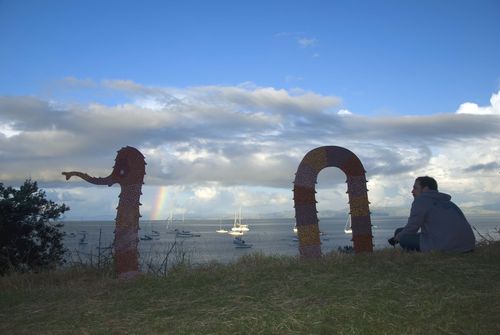 While not sleeping I come up with a great solution, one which, unusually, still makes some sense the following day. Just as the start of a big race sees runners self-sort by estimated finishing time, so the faster runners don’t spend the first half of the race trying to get past the chaff, why not do the same with the camping? What time do you think you and your friends might get to bed? 6am – right this way please. Midnight? Off you go, over there. Not foolproof, but at least it means those who want a good night’s sleep aren’t interrupted by the nightowls and vice versa the next morning. You can have that one for free.

Anyway, despite little-to-no sleep, Saturday is wonderful. The bar could probably open a bit earlier than midday, some of us could use a breakfast beer. A swim suffices – the ocean, I tell everyone who I think needs to know, is the most perfect temperature, cold enough to be refreshing but not even the slightest bit chilly. I could spend all day there. 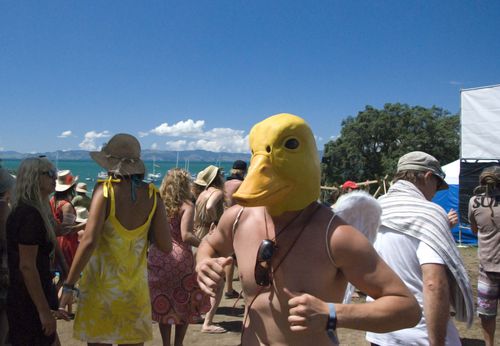 The music starts up and I particularly enjoy Jason Eli’s set in the DJ area, before heading down to meet Amanda and Suzanne from Splore to get a few key facts and figures for the Metro review I’m writing. Were there too many people here, I asked? A few friends of mine were still gnashing and grinding teeth over what they describe as epic organisational SNAFUs from the day before. Amanda says it’s always a bit like that on the Friday, which is why Saturday night is the better night, people are able to let all that go. She points out we have it easy in NZ, at overseas festivals you sometimes have to park a couple of k’s away from the campsite and lug all your gear in. A friend responded to me later that at the Falls Festival you can park right next to your tent. Another says WOMAD never has these issues. I’m sure there are plenty of examples of better or worse logistics, all I would say is that plenty of communication at the time helps. Amanda says they certainly won’t be selling any more tickets than they did this year, but she’s considering whether to return to an annual festival, as the bi-annual concept isn’t really enough to live on. Tough call.

But time’s ticking. I had the foresight to pack up the tent earlier, meaning my last few hours aren’t spent dreading the task ahead of me. With half an hour til home time there’s one thing I haven’t yet ticked off, my best memory from last time – a swim while watching the bands. Perfectly, Isaac Aesili’s new project, Funkommunity take the main stage playing their beautiful brand of retro-soul and the water is warmer than before and I wish, my God how I wish I didn’t have to leave. 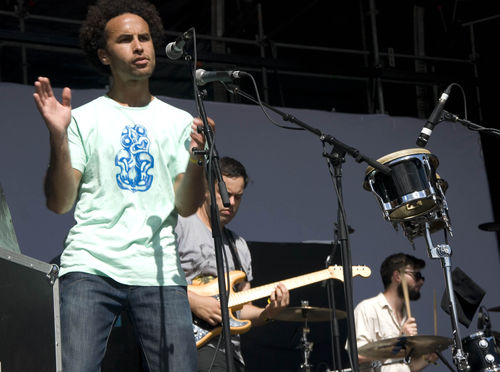