As much as I love my hometown of Auckland, I have in the past lamented its lack of... I guess I'd call them metropolitan bonding experiences. Wellington has its Cuba Street Carnival and its International Festival of the Arts among others, Christchurch has its Buskers Festival and annual "Where's Brownie?" competition, where residents try and find a non-white face in the CBD.

So I love it when I have a weekend like the one just gone, filled with enjoyable and unique events. Not only is each event entertaining, but together I come away with a real sense of belonging to my city, and of my city belonging to me.

After a friend's boozy birthday party on Friday night, we scraped ourselves together (the better half and I) and got out of the house mid afternoon in time for the final Music In Parks event for the summer. Put on by Auckland City Council in various parks, I went to one featuring SJD and Dimmer a month ago in Pt Chev, and Saturday saw the Datsuns and the Bats et al, in Kingsland's Nixon Park.

If you don't immediately know where Nixon Park is, you're not alone - none of my friends did either. Turns out it's the one just off Bond Street. I drive past it every day, and yet have never stepped foot on its grass. That's the beauty of Music in Parks - it opens you up to spaces you've never considered before. 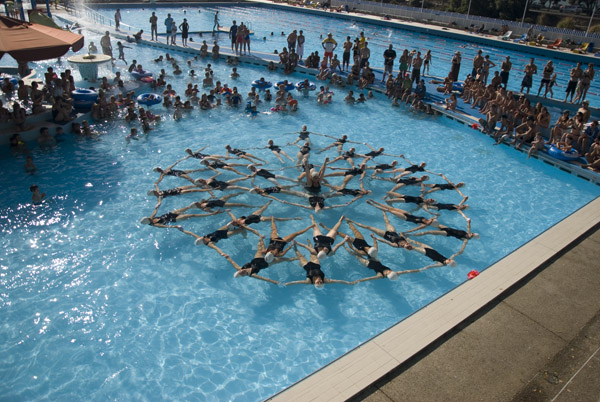 Aside from the MC, whose tone was completely off for the event - imagine a 91ZM radio host excitedly announcing seminal Flying Nun act The Bats and you're halfway there - the event was great. The weather was stunning, the bands were all in fine form, and the Datsuns finale included one of my favourite Ramone's tunes (The KKK took my baby away), which was IMHO better than anything they'd played up to that point. But then I'm not a huge Datsuns fan, and you didn't have to be to enjoy sitting in the sun with friends, quietly drinking away your hangover. 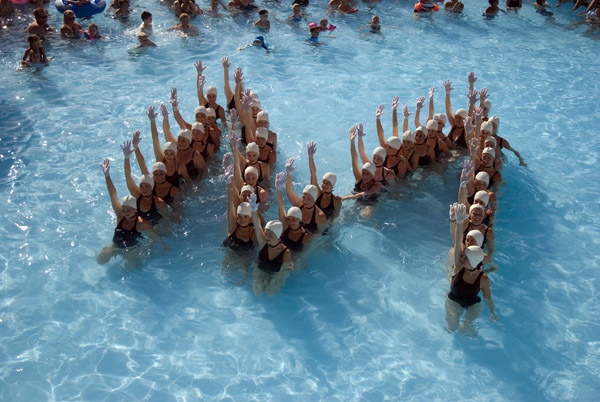 The next day (after another friend's boozy birthday party) we had intended to head over to Waiheke for the annual Onetangi beach horse races. However thanks to the Fauxnami, the ferry and the races were cancelled. So instead we had another sleep in, and in the afternoon made our way to the Parnell Baths - again my first time there, at least as far back as my memory stretches - to see a number of my friends perform a sychronised wading routine as the Wet Hot Bitches/Beauties (the latter B-word being employed for what was I guess a family-friendly event). 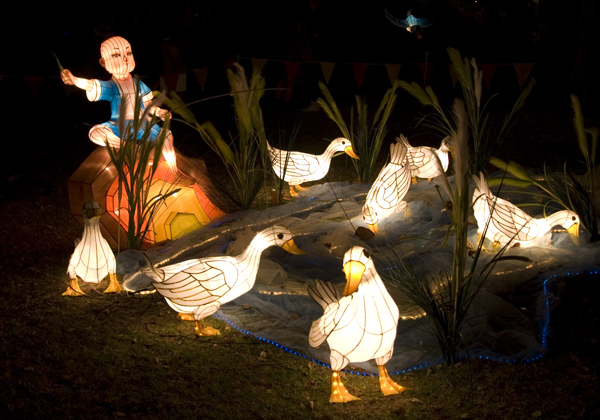 Sychronised wading, if you're not familiar, is what you do when you aren't adept at treading water while performing a routine, so you do it in waist-deep water. The eight-minute routine was a tribute to Michael Jackson - a medley of the late King of Pop's tunes culminating in the 40-odd WHB's forming a giant letter M in the pool. It was impressive if understandably loose in places (most of these women hadn't so much as pirouetted in a puddle until a few months ago) and again the weather was stunning so we all had a swim of our own at the end before heading off to the next event. 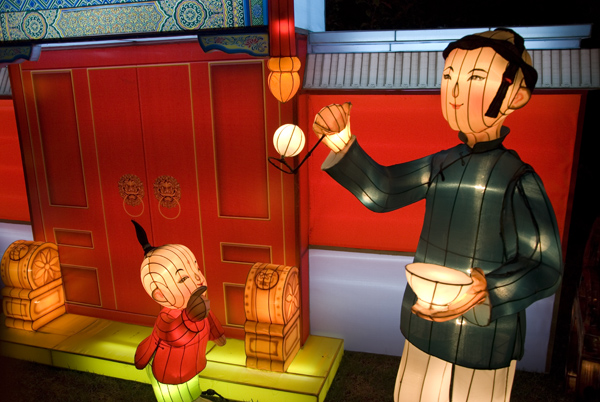 The Lantern Festival is always a favourite - I've written about it here before - so it was great to squeeze it in. Still salt-encrusted from the Parnell Baths we joined the hordes in Albert Park and along Princes Street, milling along in crowds reminiscent of the Big Day Out, or Christmas Eve on Oxford Street. We picked our way along the food stalls, $2 here, $5 there, one of my favourite ways of eating, just like my childhood growing up among the Hawker stalls of Singapore. My only disappointment was that in leaving it to the last day of the festival, all the fluffy tiger hats had sold out. We left before the closing night fireworks display and wound our way back home to fall, sated, still salty and stuffed with satay. When you take the time to suck the marrow out of this town, it can be a great place to live. 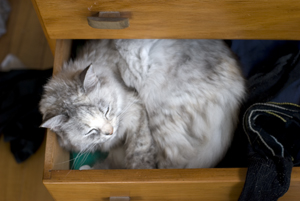