It had all the makings of a bad horror flick.  A group of attractive young things venture to an island.  A severe storm is brewing, which will soon cut power and any means of escape.  Half the group will make it, although we don’t know this at the time.  And the legend of a Hook Hand Joe, a former patient of the old rehabilitation centre there, who went mad and escaped – not before chewing his hand off – and is said to live in the hills somewhere,

Well, that’s mostly true.  Apart from the bit about ol’ hook hand.  And maybe our youth – we were there for a 40th, so I suppose it’s all relative.  But dammit, we were an attractive bunch that head across to Rotoroa Island last weekend. 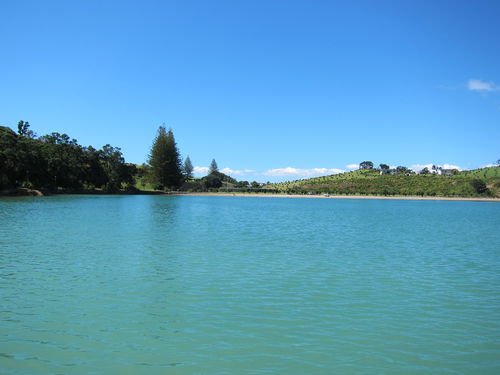 The occasion, as I say, was my friend Sofia’s 40th.  She’d rented the one of only three rental properties on Rotoroa Island for the weekend, and invited a dozen friends along to celebrate with her.  The fortnight before hand involved much planning and seemingly endless group emails flying back and forth.  Everything was accounted for. Music, check. A menu taking into account various dietary requirements, check. Supply and quality of coffee, check. Even a separate set of group emails for secret party surprise stuff like a cake and presents.  We were on like the proverbial Donkey Kong.

Rotoroa Island, if I may backtrack, is a small island off the back of Waiheke.  It was purchased by the Salvation Army the year after the Inebriates and Drunkards Act of 1906, and housed a drug and alcohol rehabilitation centre for nearly a century, until it closed in 2005.  12,000 odd inebriates and drunkards sobered up there over the years, an irony that wasn’t lost on us as we packed lashings of booze for our friend’s big day.

In recent years Rotoroa, still owned by the Salvation Army, and run through a trust, the island’s history is being preserved, and as well as its buildings, its native bush and wildlife are also gradually being restored – 20,000 pine trees have been cut down, and some 400,000 native plants established. Two families live on the island permanently, engaged in maintenance and seeing to the islands guests. 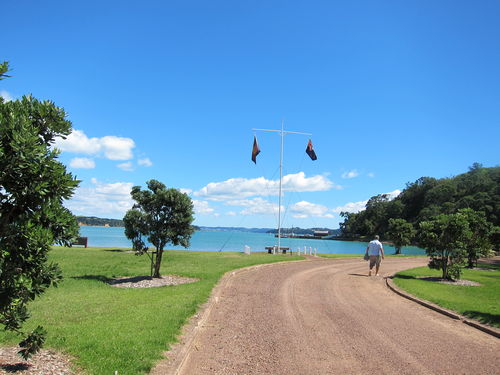 There’s one ferry a day on Saturday and Sunday (plus Tuesday, Thursday and Friday during Summer), leaving Auckland at 8.45am.  It being a holiday and all, we decided bundling up our lives, baby, and battling morning traffic on Friday morning was going to be too hard, so the six of us adults, and two children, booked a water taxi instead.  At $360 for the boatload of us, and our considerable provisions, it wasn’t too bad a deal we thought.  The other five adults, who had work commitments on Friday they couldn’t get out of, were going to jump on the Saturday morning ferry.

Or so we thought.  Friday was gorgeous, the sun was shining, the sea was flat, and we kept to our 11am departure time without a hitch.  But though we set sail on the (surprisingly petite) water taxi with narry a problem, trouble was literally on the horizon. The weathermen and women, fickle though they might be, were in agreement – a storm was a brewin’.  And not just any storm, but that most pants-wettingly exciting of all meteorological media creations: A weather bomb.

On arrival Rotoroa seems almost strangely well-developed.  The visitor terminal, inside which one waits for the ferry, I assume, was new and flash, to the extent of giving some regional airports a run for their money.  There were other buildings too: A modern exhibition centre and a restored church visible from the harbour.  Having assumed heading to a little-known island was going to be a tad intrepid, first impressions were more like what I imagine Norfolk Island might be like – a preserved colonial feel.  Or Kawau Island, minus the mansion.  And there are weka by the truckload. 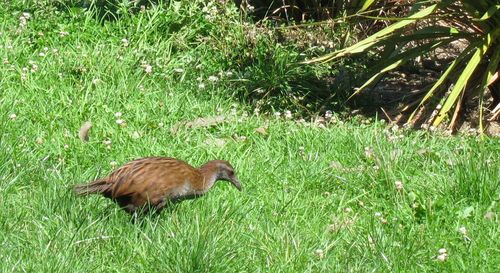 We were picked up by one of the caretakers, piling our gear in the back of the 4WD for the short hop up to the house, and then settled in.  The house was nice, recently renovated, with everything one might need right there – no need to bring towels and linen and that, which makes sense I guess given the ferrying involved.  There’s even Wi-Fi.  Phew.

While the weather was beautiful, it soon became clear that our city-side companions might have a few issues getting to us.  The 360 ferry, which we were told cancels sailings at the first wisp of wind, had cancelled its sailings for Saturday.  The water taxi reckoned they could head out super-early, and hopefully outrun the storm, but (understandably) two of its would-be passengers weren’t so keen.  We were down to three, which made it expensive for those left.  As it turned out, by day break even the water taxi wasn’t leaving port.

On the island, as often happens out in the Gulf (it’s not just a rumour spread by smug Waiheke-dwellers), the bomb barely made itself known.  Well, the wind whipped along, and the sea was messy with whitecaps, but above it was predominantly blue skies.  It wasn’t great exploring weather though, so we stuck to the house.  During the afternoon there were a few short sharp downpours, and the power went out but was soon back on – although I suspect that was the island’s generators kicking in, rather than a prompt repair job.  The Wi-Fi kept us updated with the damage toll back on the mainland. 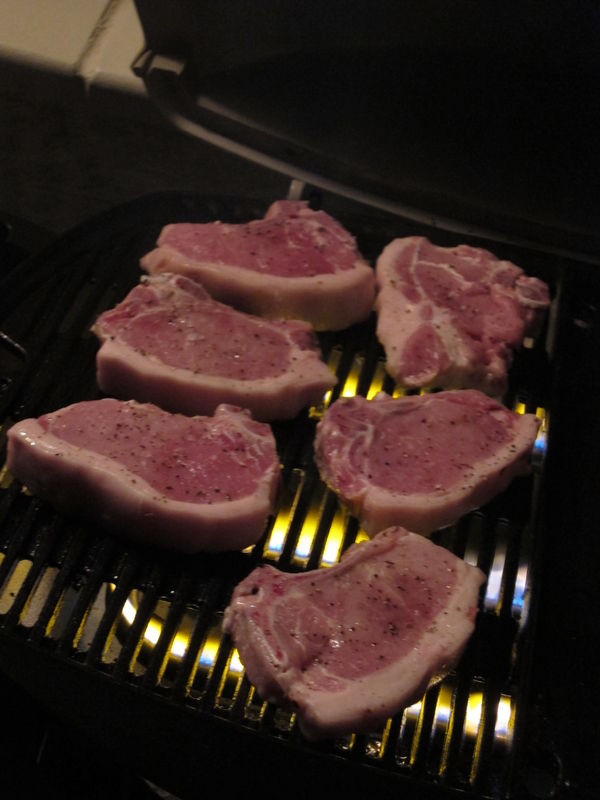 While those we’d left behind were missed, we made do.  We had twice as much food as expected, although the list of stuff we’d forgotten and given to the reinforcements to bring, was never going to make it.  By day two the beer was gone, coffee was running short and cigarettes were being rationed.  On the other hand we had pork chops and bubbly for (the non-Muslim bits of) Africa, the former cooked to perfection by our volunteer chef Scott (whose Taco Truck is a Sunday must). And realistically, the house we were staying in, Serenity, might sleep twelve, but only six fit comfortably around the dinner table, and no-one was left without a seat in the lounge.

Sunday morning, the bomb was gone, the sun was out and the sea flat again.  Dozens of visitors had arrived on the island for some sort of Open Day – many were involved in planting and other conservation projects by the looks of it. 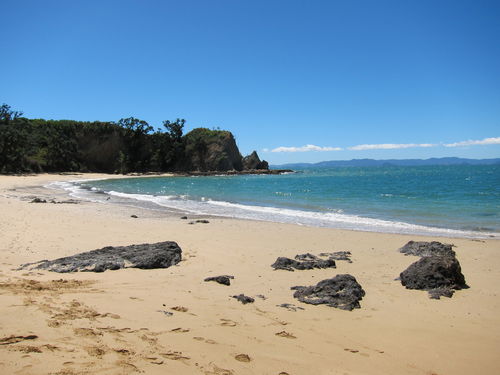 We had arranged the taxi to meet us at half two, so we had time to wander over to Men’s Bay (there’s a Ladies’ Bay next to it, separated – quite rightly – by an impassable rocky outcrop) for a swim. The last of the pork chops were consumed, we packed our belongings and wandered down to the ferry.  Like the ride over, the ride back betrayed no sign of the previous day’s tempest, which was probably for the best, as some of us inebriates weren’t exactly ship-shape.  Happy though, and with a careful eye on the weather, I’d head there again in a flash, and recommend it for anyone wanting to escape the 09, without losing the Wi-Fi.