What with petrol prices being what they are and the threat of peak oil looming, I thought it time I did the sensible thing and bought a better car.

Behold the beauty of my new (old) 1965 Holden Special: 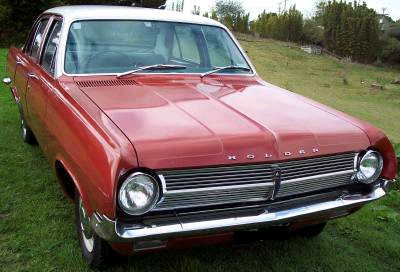 While it's only a baby in Holden terms, with a mere 149ci (2.4l) straight six engine, it's the biggest car I've owned by a long shot. I've never had a Holden, or a Ford or a Chrysler before, so it's quite a big moment for me. It has bench seats, lap-belts in the front and none at all in the back, and a 2-stage 'powerglide' automatic transmission. 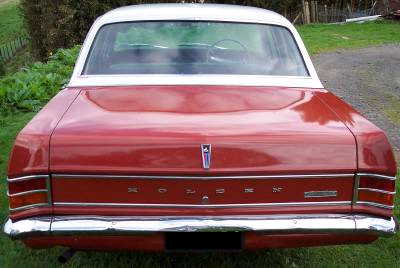 Best of all, it only runs on super expensive 98 octane fuel.

Yeah, I know it's not the smartest thing I've ever done, but surely the quicker we use up all this pesky fossil fuel, the quicker we can get onto something cleaner and greener? 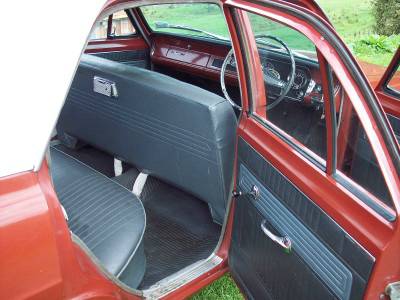 Like a vegan with a leather fetish, it probably says strange things about my environmental priorities that my biggest hang-up at the moment is the unnecessary waste being visited on my letterbox.

Sick of carting all the junk mail from the letterbox straight to the wheelie bin, I decided to treat myself, and indirectly the environment, by buying a No Circulars sign.

For the first few days it worked fine. Then one evening I returned home to find the Central Leader in my mailbox. A few days later it was The Aucklander. Annoyed at having to make a special trip from the mailbox to the bin for these two unwanted items, I decided to get to the bottom of it. I called the Central Leader.

"Hi, I was wondering how not to get the Central Leader."

"The Central Leader. I don't want to get it. I bought a 'No Circulars' sign because I was sick of all the junk mail."

"Well you see it's not junk mail. It's a newspaper."

"Yes, but it's a newspaper I don't want, which makes it junk mail, surely?"

"Yes, but your perception doesn't change the nature of the object you're perceiving..."

At this point the Central Leader receptionist and I branched off into a fifteen minute heated discourse on the nature of knowledge i.e. epistemological philosophy. While an interesting discussion, we eventually realised we were arguing at cross purposes. She was an empiricist and I'm a rationalist, and neither of us was sufficiently convinced by Immanuel Kant's Peter Dunne-esque attempts to occupy the safe middle ground. But I digress…

"Okay, so how can I not get the paper delivered then?"

And of course it did absolutely no good at all. The second and third phone calls did nothing either, other than waste more of my time. As it turns out, the list is just a list of people who don't want to receive the Central Leader. It actually has nothing to do with the distribution of the paper whatsoever.

I know what so many of you are probably thinking. "Who cares, it's only a paper. Build a bridge and get over it. People are starving in Africa." Yeah, well if I was them I'd be blogging about that, wouldn't I…

Me so hungry. Some food'd be good.

Still hungry. Sick of all these flies landing on my face and stuff.

…and so forth. Right now, I'm trying to stop getting a newspaper I don't want delivered. Changing the world one piece of junk mail at a time.

Does anyone else have this problem? I'm trying to work out what to do. Can I invoice the Central Leader a small fee for recycling their rubbish? Would they pay? Should they be providing free "No Central Leader" stickers for people? Does anyone want to join me in a class action? Anyone? If a tree falls and no-one reads the crap it was used for, did it ever exist? What Would Kant Do?

Right now I'm leaning towards shredding the fucking thing, loading it into a vacuum cleaner, putting it on reverse, and spraying a carton load around the Central Leader office. Going postal, confetti style.

Comments, theories, suggestions etc by hitting the Reply button below.

In case anyone reading this works at the Central Leader, please don't be offended. I'm sure there's some quality reading. But I barely have time to read the newspapers and magazines I choose/pay to have delivered. And given the choice between Jane Clifton's politics columns and "Local Girl Slips at Swimming Pool", I know where my priorities lie.