Since I've got back from New York and Mexico I've had a number of emails asking for photos and so forth. If anything, I've been hamstrung by a combination of the digital age and my own prodigious photographic efforts.

Having a camera that can take three photos a second or something doesn't mean you always should take three photos of everything. A 1GB memory card is not a challenge. And sifting through some 600 photos from a three week holiday will probably require a holiday in itself.

But while lying on a beach in Tulum, perfecting the phrase "dos Coronas por favor", I spotted an older couple soaking up the sun. Initially I was attracted to the way Hank (as I've dubbed him) had tucked his shorts up into themselves to resemble speedos.

But the more I watched them the more I hoped I'd be lucky enough to be like Hank in a few more decades. In Mexico, mucking about on a beautiful beach with the person I've spent my life loving.

I wanted to write a little story, illustrating each of these five photos of "Hank" and "Mavis". And I might, when I have more time. But first, why don't you have a crack? There's bound to be some prizes and stuff... even if I can't match what the tabloids have allegedly been paying for those other beach photos (NSFW)

Flick me an email with your entries. You can use the five photos in any order, just use the letters I've given them so I know which caption goes with which photo. Marks will be given for literary style (like I'm any judge), the ability to bring the characters to life, and the overall cohesiveness of the story. You can write as much or as little for each photo.

Send entries to me via the feedback button below or simply click on the Discuss button below and I'll post the winners together with the photos on Monday. Have fun. 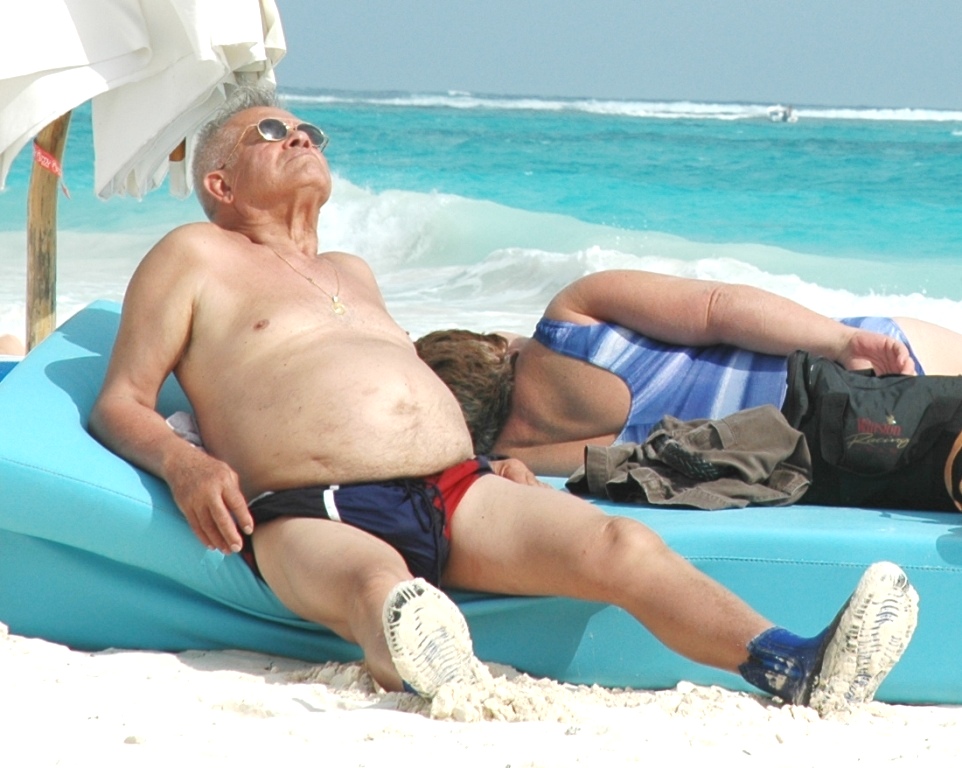 This is where I first spotted Hank. And it’s hard not to with him all stretched out like an Iguana in the sun. 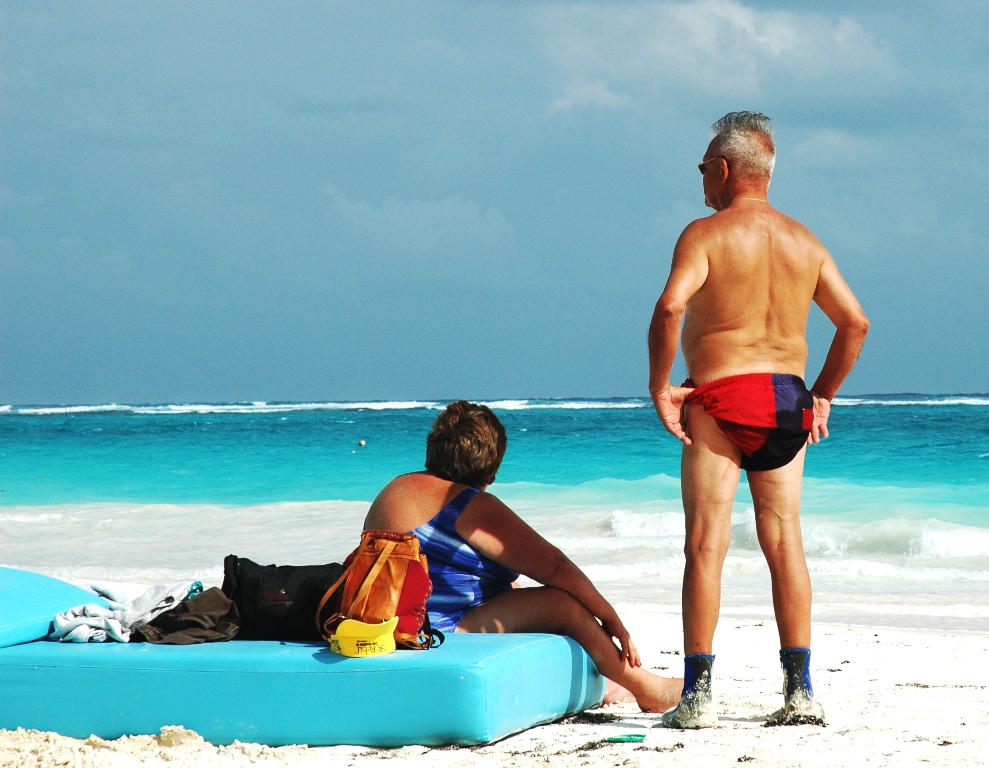 Again, here I first noticed Hank’s DIY design feature – the shorts tucked into themselves, matched with a pair of what appear to be diving booties. 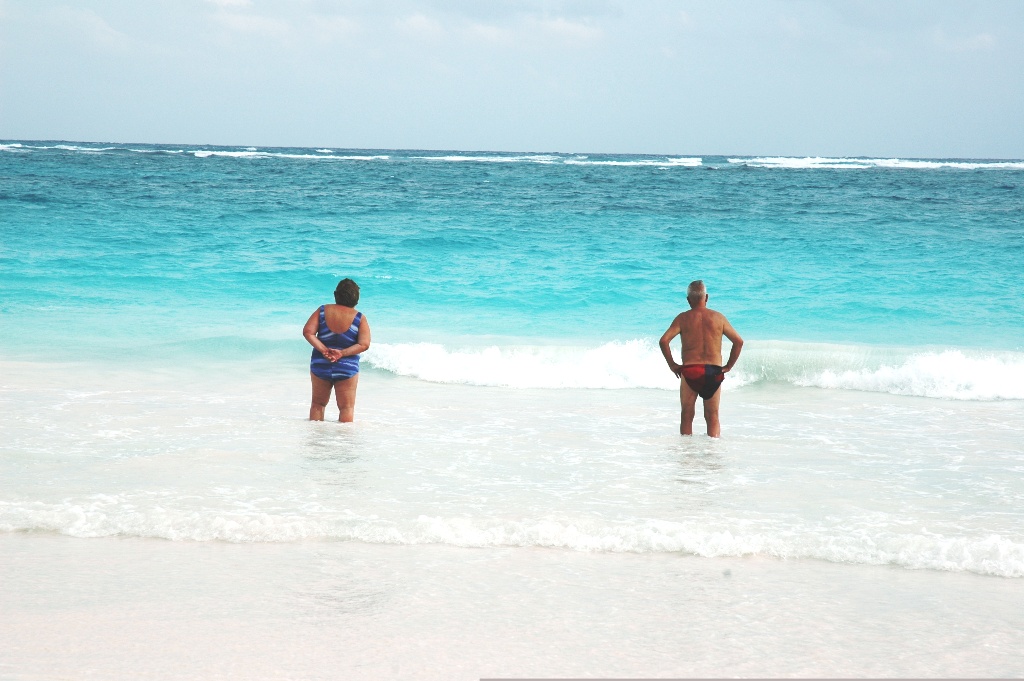 This is now my wallpaper on my Mac. I love this shot. 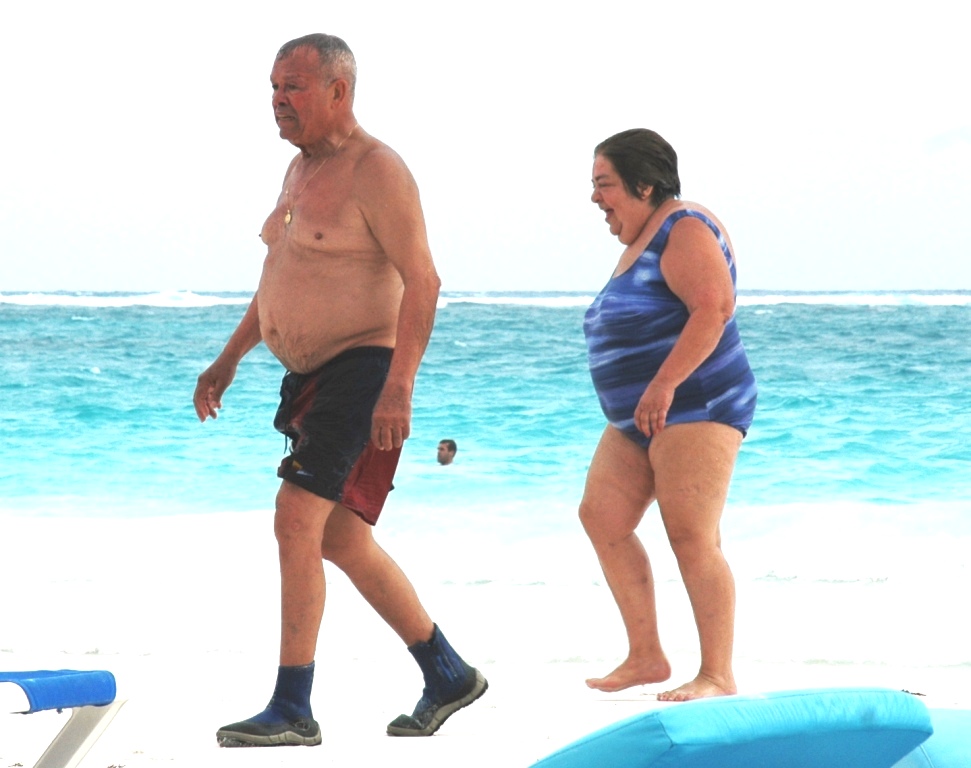 Back from the swim, Hank always seems to lead the way. 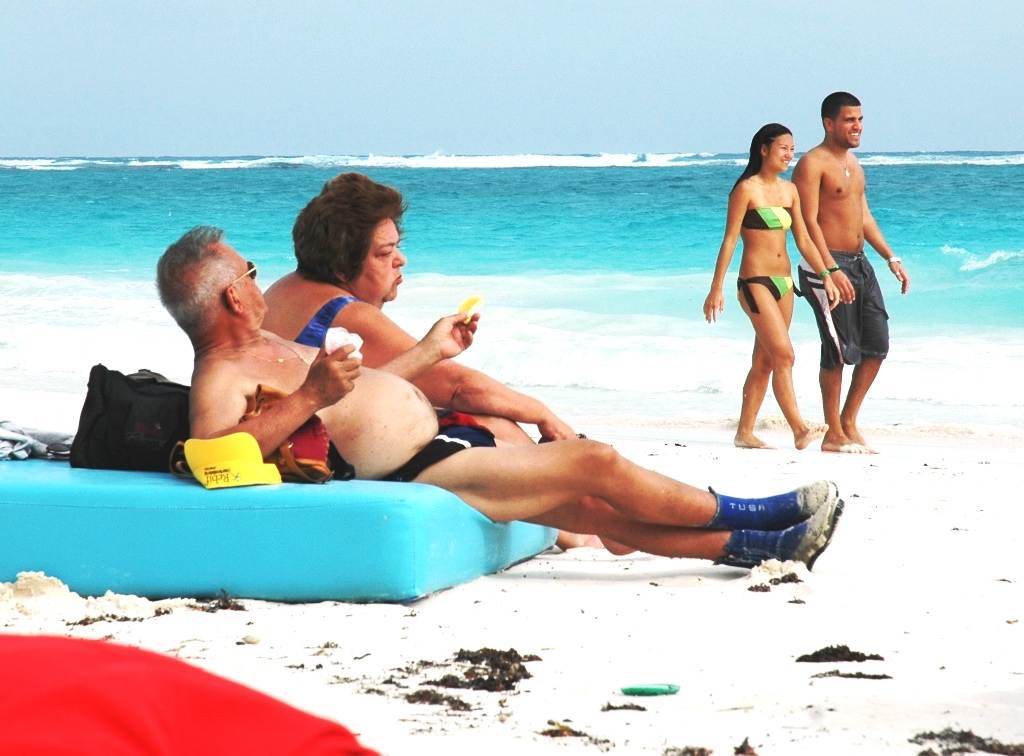 Sharing a container of fresh fruit bought from a beach vendor.