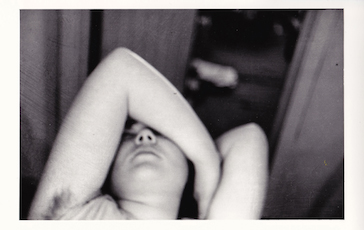 Last week I ventured into Kitchener street to see the Marti Friedlander exhibition at FHE Galleries.  Stumbling into the wrong one at first (they have two adjacent, separated by Fingers Jewellery), I encountered the photographic works of Gordon H. Brown for the first time.  One thing led to another, and with thanks to FHE, and Gordon H. Brown himself, who firmly believes photos are for sharing, we are pleased to present a selection from;

A retrospective showcasing a selection of photographs from one of New Zealand’s pre-eminent yet previously unsung photographers.

Born in Wellington in 1931, Gordon H. Brown has made a rich contribution to our cultural heritage. He brought an international perspective to antipodean New Zealand. As a young art student at the University of Canterbury, Gordon H. Brown felt little enthusiasm for a curriculum that during the 1950’s, focused on still life, landscape and antiquity drawing. He comments “anything modern had to be done outside the classroom.” Gordon H. Brown’s quest for knowledge outside the insularity of then New Zealand society began when he discovered the world of Modernism through a book he came across in Roy Parson’s bookshop in Wellington (1949). This book was Laszlo Moholy-Nagy’s, Vision in Motion, (Chicago: Theobald 1947). Brown was introduced to the principles of the Bauhaus and given a blueprint of education through art. This was also the time he first viewed a Colin McCahon painting Takaka: Night and Day (1948), in the Helen Hitchings Gallery. Years later, while working as a curator at the Hocken Library in Dunedin (1971 to 1974) Brown became close friends with many of New Zealand’s most important artists, in particular Colin McCahon. Beginning a life-long friendship - Brown worked alongside McCahon documenting the artist, his life and work. He continues to work on this project to ensure McCahon’s records are preserved with complete accuracy for the future.

Gordon H. Brown has moved between various roles in the New Zealand art scene: curator, art historian, collector, donor, documenter, academic, university lecturer and writer. From 1960 – 1977 he worked in art galleries and libraries around New Zealand. Since 1977 Brown has worked as a freelance contemporary arts writer, contributing to various magazines, periodicals and gallery publications on numerous topics. He has published numerous important books on New Zealand art and has received many awards, including a distinguished OBE for services to art history.

Gordon H. Brown as an artist exhibited with several dealer galleries during the 1960’s. He has been included in major surveys of contemporary New Zealand painting at the Auckland City Art Gallery. He has documented over five generations on film and the changes that have occurred as our country has matured into the 21st century.

The Camera’s Eye offers us a time to look back and forward simultaneously. The earliest images seen here, from the1950’s, were all taken on borrowed cameras. The Addington Railway Yard images from Brown’s art school period were taken on a roll of negatives with only 8 shots. Brown’s Woman leaning back, arm overhead (1954) was taken when he lived in Quambly Old Folks home in Christchurch where he worked as a self-proclaimed ‘handyman’. Caught in a pose of seemingly ultimate surrender – she bares all to the camera. The artist portrays the body as a composition of shapes and forms. The subject remains anonymous. The juxtaposition between the pale flesh and the dark curtains in the background reference European avant-garde photography such as Man Ray’s Primat der materie uber das denken / The primal matter of thinking (1932).

Gordon H. Brown has an eye for cropping to create both drama and formal qualities – such as seen in Car Park, with two cars, back of the Auckland Museum, (1960). The dynamic line cuts across the picture plane and more is said in the absence and the spaces between the parked cars.

Testament to Brown’s integral part in the development of Modern Art in New Zealand, this barely exhibited selection of photos is currently under consideration for the collection of the National Museum of New Zealand Te Papa Tongarewa. 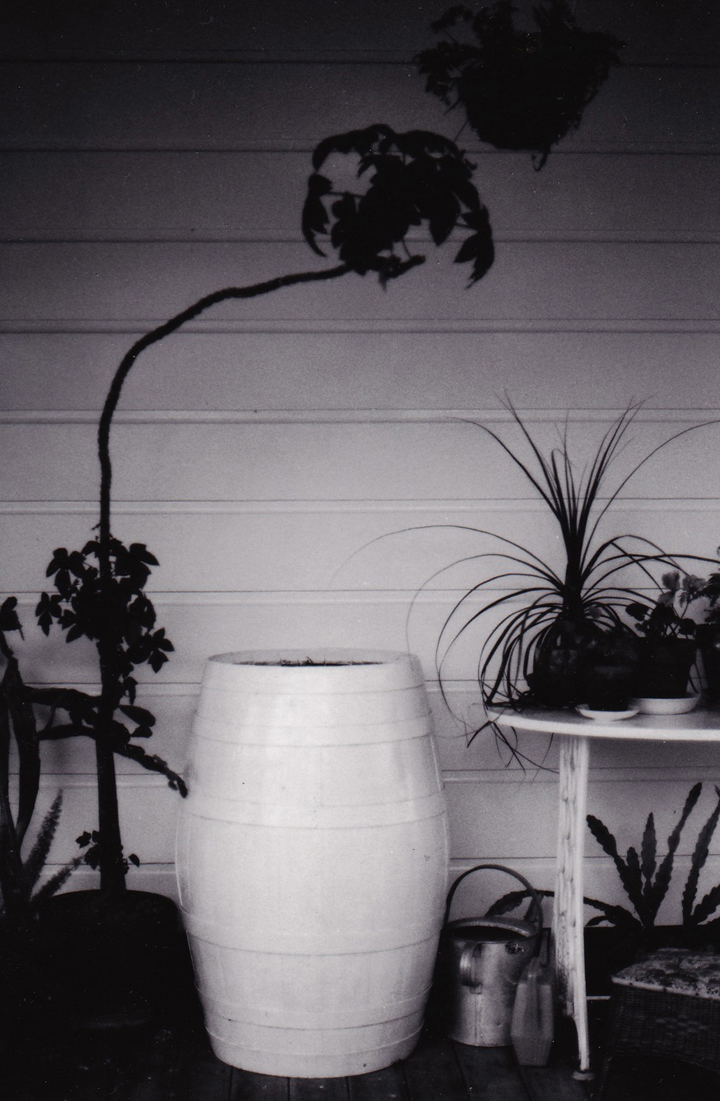 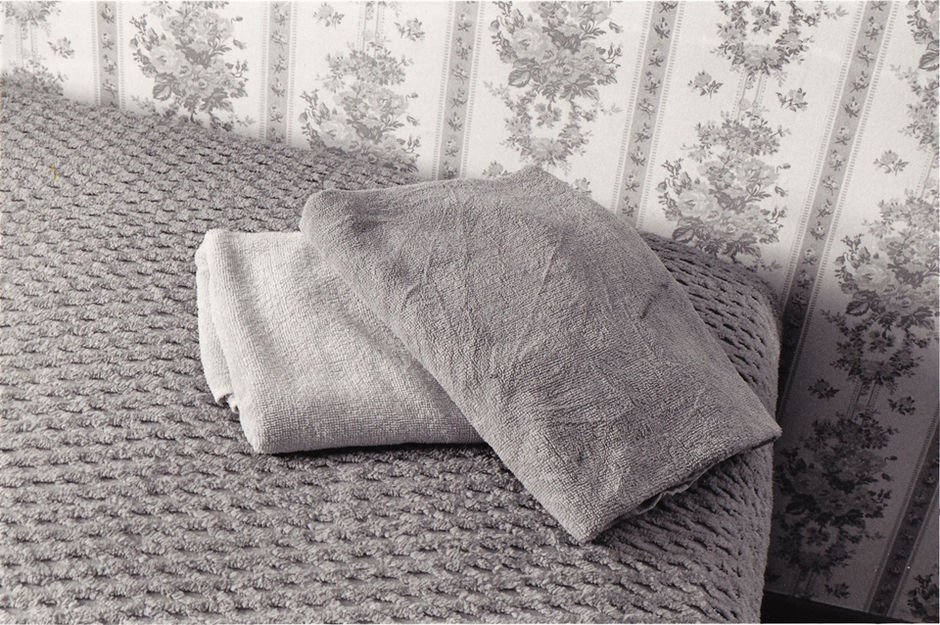 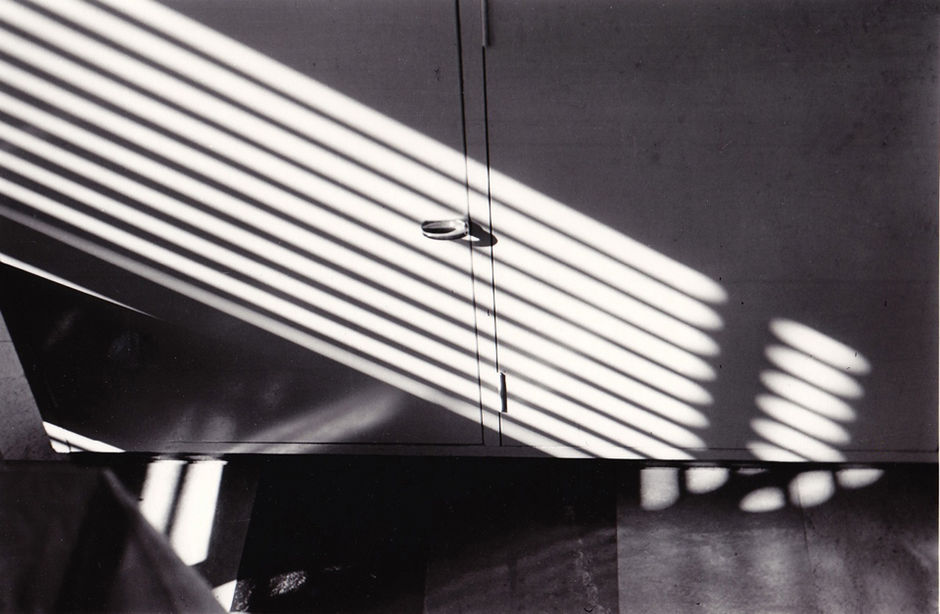 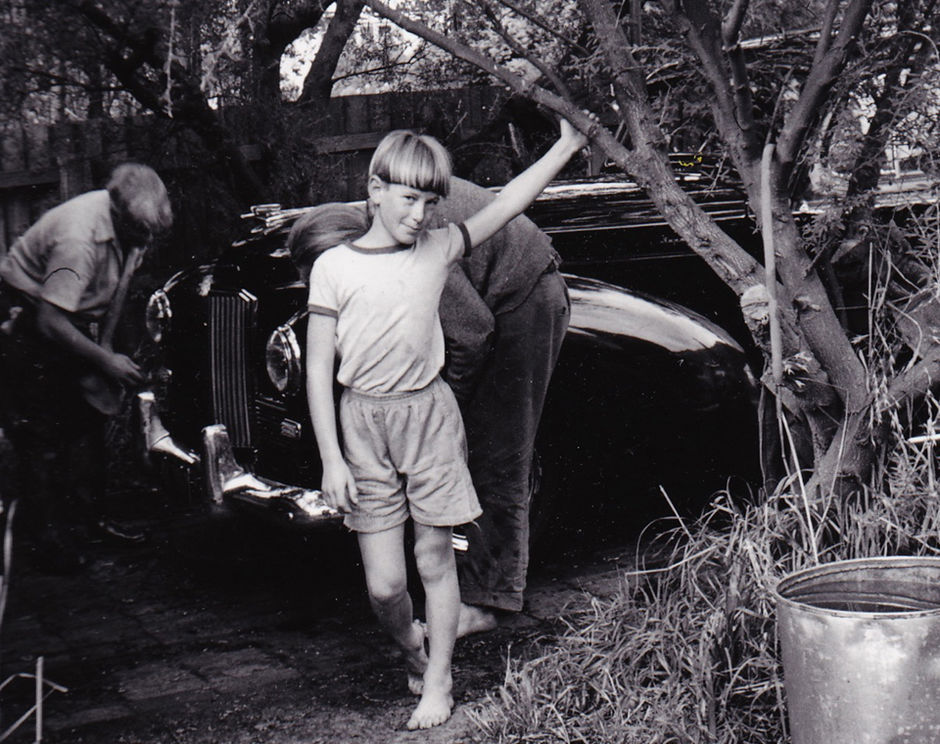 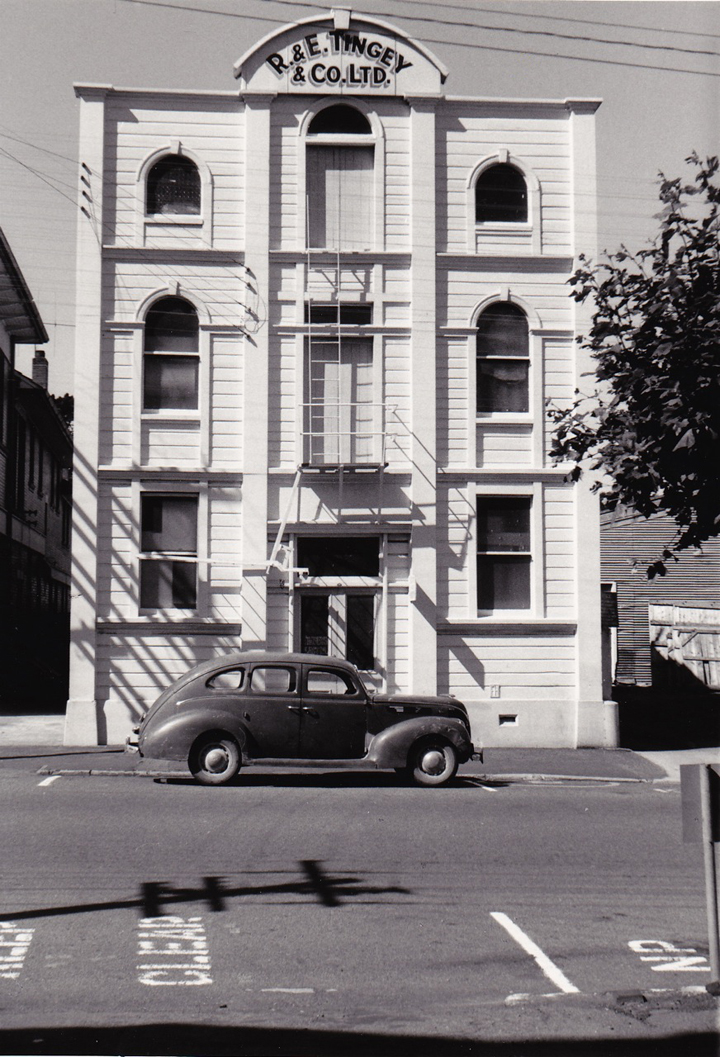 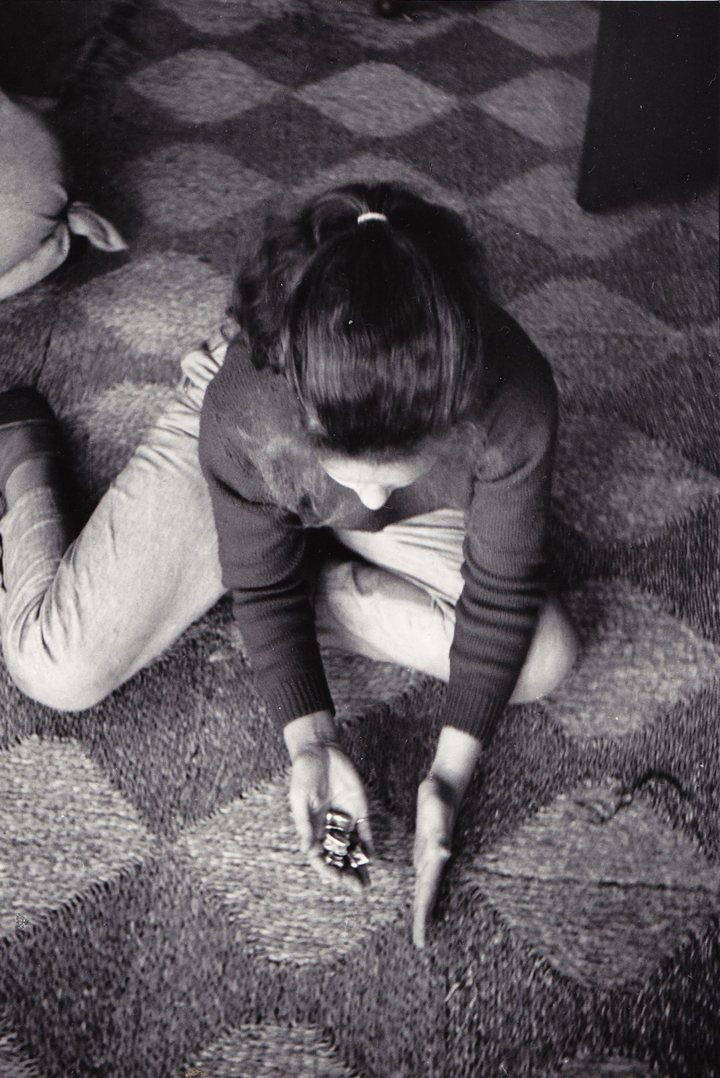 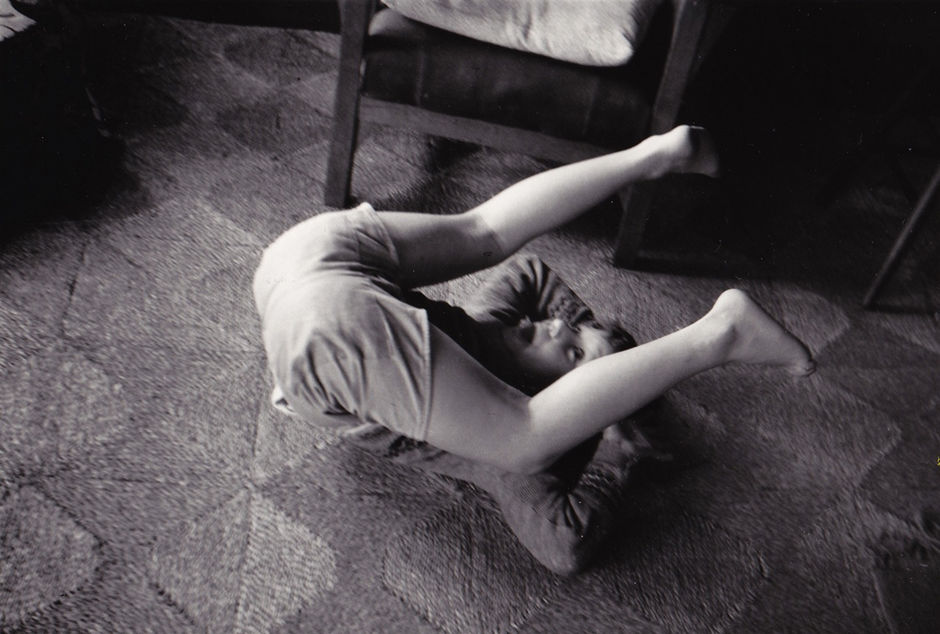 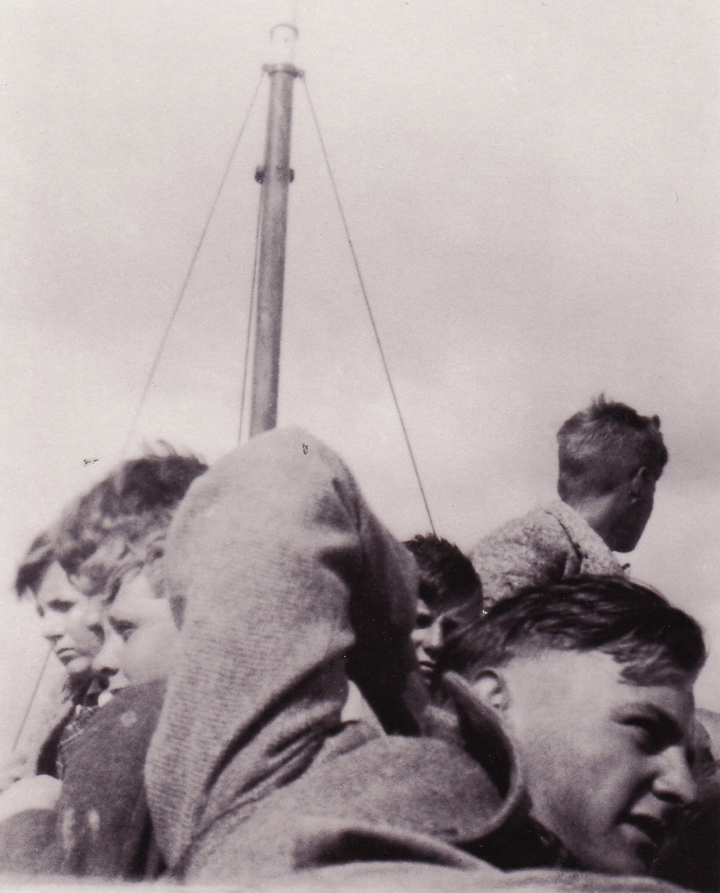 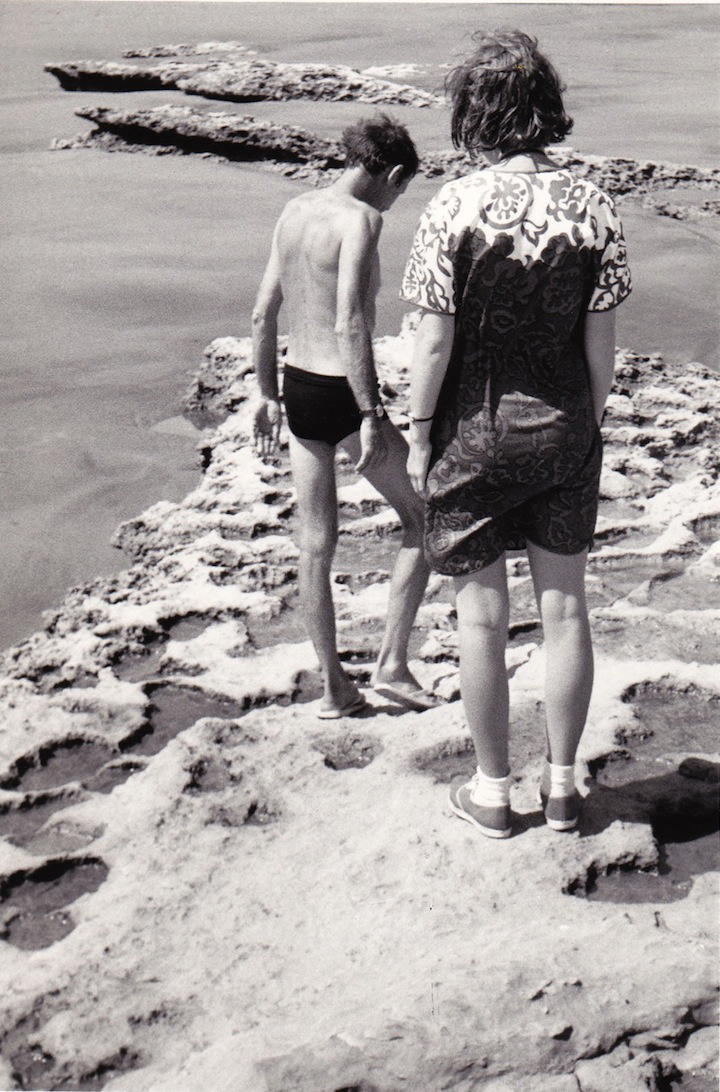