Living within the orbit of one of the world’s great cities is a wonderful thing. You know that at any minute, you can hop on a train or jump in the car and emerge, an hour or so later, in the middle of Metropolis. Wheee! It’s like teleporting, albeit very very slowly.

When we first achieved escape velocity (or, properly speaking, were launched into orbit by the end of one job and the beginning of another), the gravitational pull of the city was still strong. Our entire social network was trundling along, uninterrupted, in the old neighbourhood, so we made a point of visiting as often as we could. Every other week, if possible, and sometimes more often for special events like birthdays. And, eventually, other people’s farewell parties.

Slowly the old village began to break up – academic communities are always fissioning – just as we started to put down tentative roots in our new city. The pilgrimages stretched to monthly, then every other month. And then after a while, without even noticing, it was almost as if the city wasn’t there. Had we reached the New York event horizon?

I knew such a thing existed. Before I first moved to this country, I had never closely looked at a map of the northeast US. I figured that “upstate” was kind of like “uptown.” I’m not an idiot, I knew Ithaca wasn’t on the subway, but I figured it might be a quick trip on a bus. It turned out to be four hours in a car, much longer on a bus. Still, it was achievable.

And yet every now and then I’d meet someone upstate – and occasionally still do in Connecticut – who had never been to the city. This seemed unfathomable. As unfathomable as my current self would now seem to my old self, when I realize that it has been uncountable months since any of us has hopped in the VW-TARDIS for a spin to New New York. It was almost as if I’d never been to the city.

So over Thanksgiving we made a point of venturing back. Ironically, not all the way to the city itself, but to a handier part of it. One that -- when we were actually living there -- seemed at the outer edge of the known universe.

The New York Botanic Garden is way up in the Bronx, next to the zoo. I have a thing for glasshouses, and the boys like trains, so when I discovered that there is a “holiday spectacular” exhibit consisting of miniature trains zipping round the famous Haupt Conservatory it seemed like the perfect excuse to finally visit the gardens.

You know, we really don't live in the city any more. The culture shock began with the ticket price. Ouch. Sixty smackers for two adults and two children (that’s several million of your Pacific pesos). Add another twelve bucks for parking. I had frugally squirreled away some mandarins and scroggin and muffins, to stave off hunger, but we succumbed to the café nonetheless, which rounded it up to three figures, not counting gas.

But what price family togetherness? Especially when every other family in town has voted with their wallets and declared this the place to be. We turned up smartly for the 15 minute slot that our advance ticket purchase had guaranteed, and stood, patiently, in a marquee outside the greenhouse for a quarter of an hour. And shuffled forward, and waited as long again. The boys couldn’t fathom this bit at all - they’ve forgotten how to queue, since we never have to any more.

It was worth it, though. The greenhouses are gorgeous, and the exhibit itself was completely nutty. Also, fruity. And quite twiggy. The model trains are only half the attraction: they weave their way around and through a Lilliputian cityscape consisting of scale replicas of New York buildings made entirely from vegetable matter. 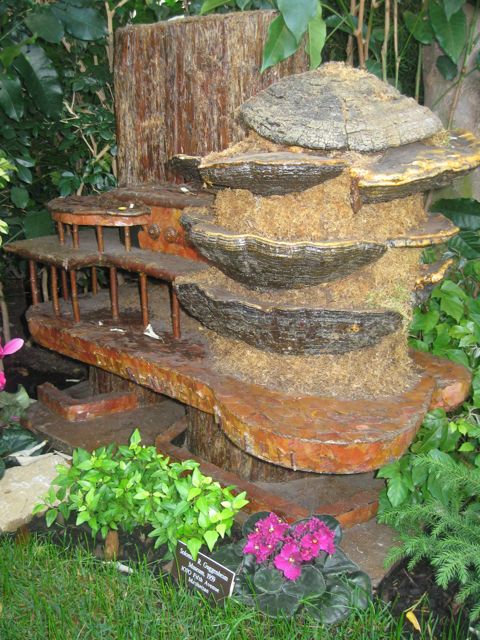 And here’s the building we were actually inside. Some poor sap had to make all those windows. Out of sap. 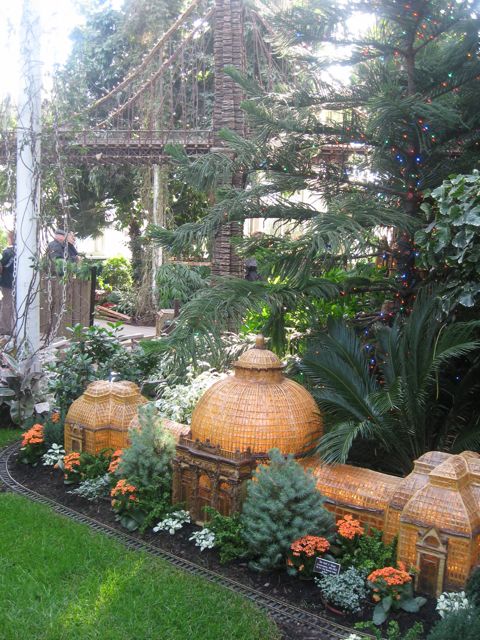 And if you like that, I’ve got a bridge to sell you. 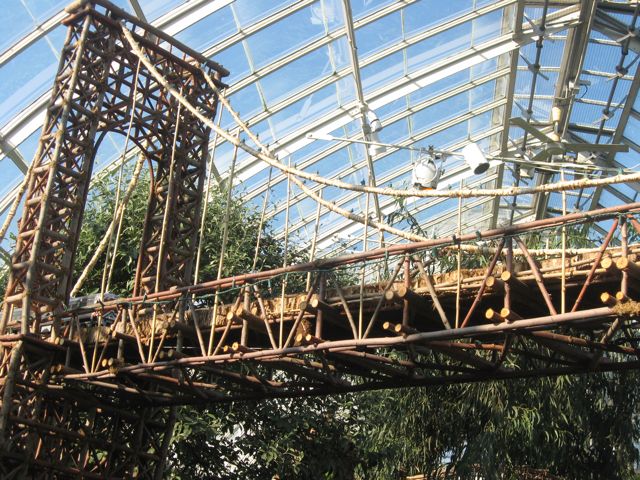 It’s a one-man (and his son) (and many helpers) operation, one of those magnificent obsessions: given world enough and time, and a small army of elves, you get the impression they’ll eventually get around to reproducing the entire city. 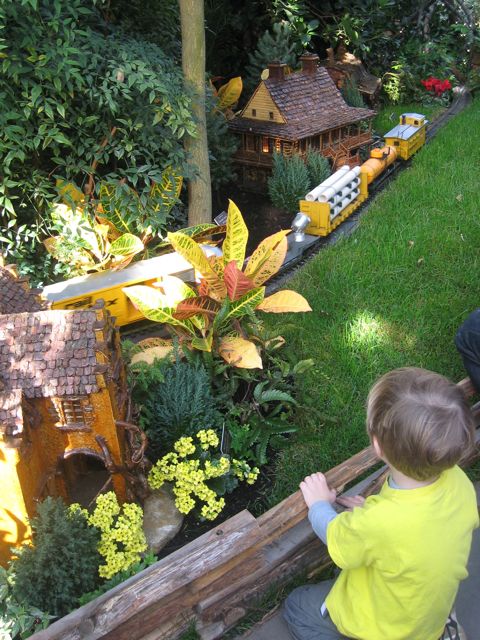 The bigger lad, on the other hand, is beginning to age out of this sort of spectacle. His memories of the city are now like faded polaroids, reduced to a few well-thumbed mental snapshots and a dozen oft-told tales. He was a grudging Gulliver in Lilliput, when once upon a time he was the little boy who owned the big streets. Still, old habits die hard: he had dressed for the occasion. 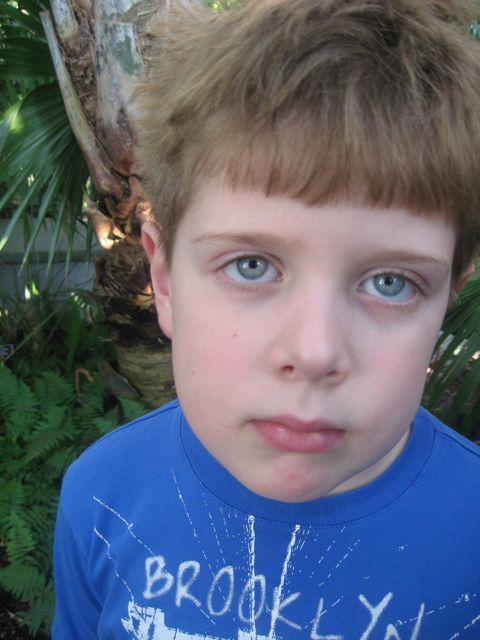 After we’d had our fill, we shuffled out again to lord it over the patient herd awaiting their own fifteen minutes of train. 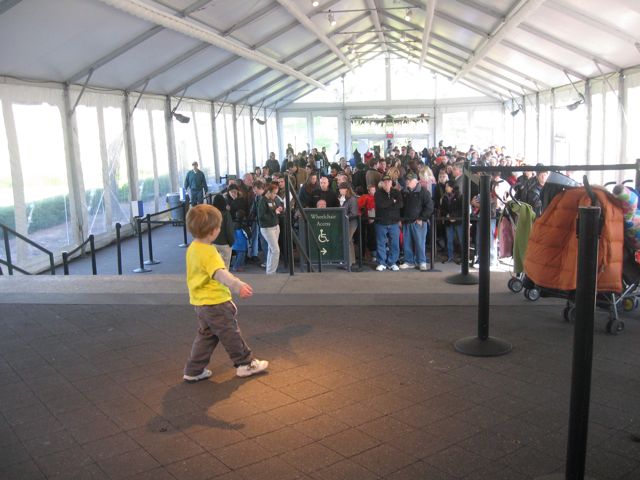 Then we went in search of trees to climb. Small problem: it is forbidden to climb the trees. We looked for some grass to roll on, but the signs all agreed that this was forbidden too. So we headed back to the Children’s Adventure Garden for some permissible outdoor fun.

The popular highlight of this crowded but lovely subsection of the garden was a small hill, featuring enormous boulders piled in a carefully undangerous fashion so as to constitute a not very complicated maze. Young Tenzing efficiently summitted a relatively undangerous boulder, while his brother leap from rock to rock like a mountain goat. 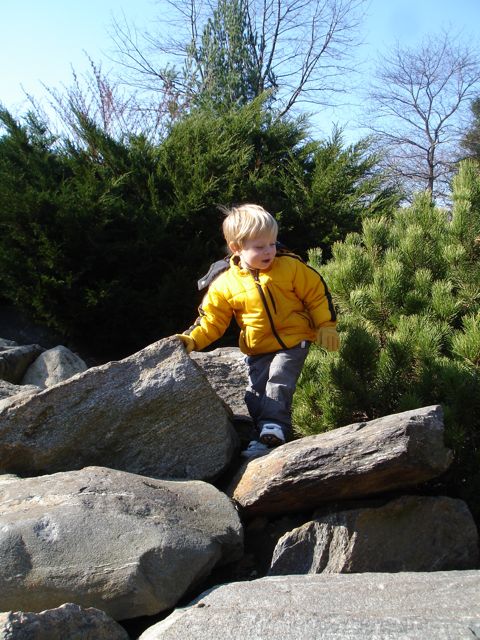 What the picture can’t capture, though, is the thousand words on the soundtrack. I'd forgotten the neurotic tenor of a certain strain of city parenting, the throbbing whocketa-whocketa of the helicopter parent en masse. All around me a chorus of parents hollered querulously at their offspring. It was a veritable oratorio of impending doom:

Imagine proudly and cautiously clambering as high as your innate good sense will take you, only to be constantly second-guessed, out loud, in public. Heck, I found it irritating, even though I was in fact wearing my good shoes and didn’t want to ruin them.

Luckily, all of the children had temporarily gone deaf.

Including mine, who, while I was busy judging the other parents, had exhausted the thrill of the boulders and disappeared -- over a small fence that apparently marked the official limit of undangerousness. I assumed it was all part of the same adventure-space. When it became clear that they might have actually gone off-road, I bided my time, trusting they’d be sensible enough to stick together and not climb any bigger fences, like the one dividing the garden from the zoo, which has a large and well-stocked African carnivore exhibit.

When they failed to reappear, I decided to (carefully) clamber off in pursuit (taking care not to ruin my good shoes). Over the little fence and into the wild territory where I’d last spotted them. Beaten back by vicious, impenetrable shrubbery, I started to worry a bit. Maybe I should have added my voice to the parental chorus of doubt and constraint? Was the crowd right, and I was wrong? Would I ever see my children again? Worse, would there be shoe-related regrets?

I worked my way back around the fence until I head their voices. There they were, only a few metres away from me but completely inaccessible, having worked their way – on their bellies – into the centre of a prohibitively dense vortex of thorny bushes, where the younger explorer had wedged himself into a hollow rock that was just his size.

With a bit of call and response, and some judicious tugging by big brother, they eventually worked their way back out of the labyrinth and emerged breathless, triumphant, and with hardly a scratch. They hadn’t even noticed they were lost, and I certainly didn’t tell them. Wild things, I think I love you. 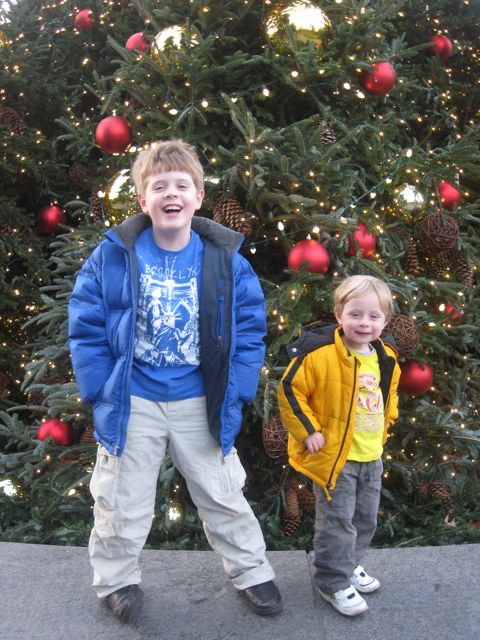